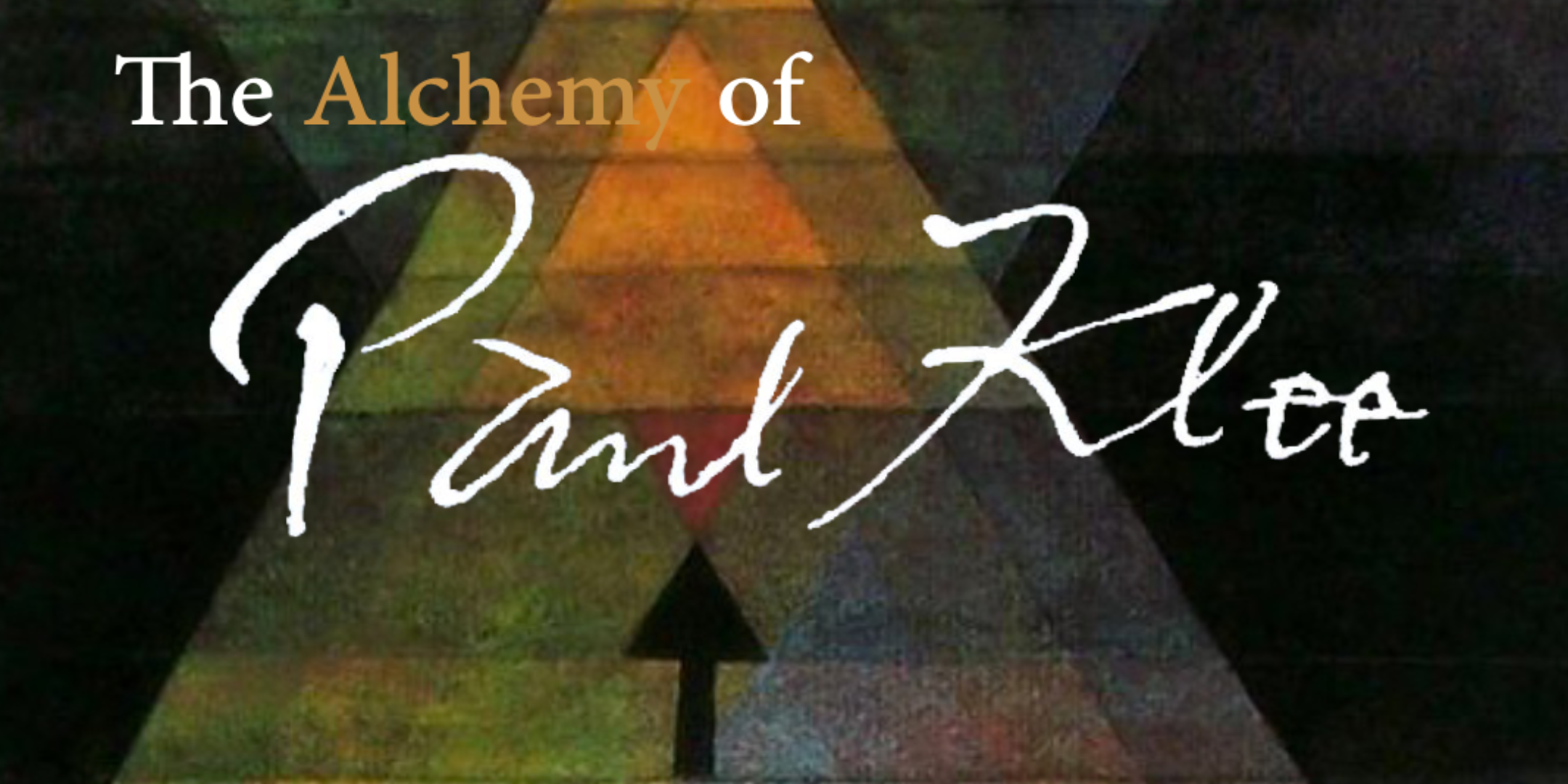 Paul Klee was a Swiss-born German artist, who lived from 1879 – 1940. He is regarded today as one of the giants of early 20th Century modern art, alongside contemporaries such as Picasso, Matisse, Chagal, and Kandinsky. Not only was he a painter, but he was also an accomplished violinist and deeply passionate about using creative expression as a means of pedagogical exploration.

Throughout his career Klee kept extensive notes on his creative process; and within them, he theorised on all aspects of pictorial production that now have similar importance for modern art as had Leonardo’s writings which composed his theory of painting for Renaissance art.

From January 1921 to April 1931, Paul Klee taught at the Bauhaus school of art, design, and architecture in Weimar, Germany. The college was a radically forward-thinking school which sought to combine elements of fine art, design, and architecture in order to answer and shape the needs of the modern era. It was during this time while lecturing that Klee was in one of his most prolific periods and created the large majority of his 1400 works. His immense body of work is a mixture of mediums such as watercolours, collage, pencil or ink drawings ,oil and acrylic painting and even puppet and set design. It is testament to his ceaseless creativity but can now be seen, in accompaniment with his notebooks, as not only stand-alone works but exercises in deep creative investigation, in which everything from the inner psyche to the outer cosmos is tapped into and manifested through the artist.

It is in fact on the first page of his published notebook “The Thinking Eye” that Klee brings us to the starting point of creation, both figuratively and metaphorically. The point in which order begins from chaos:

“When central importance is given to a point: this is the cosmogenetic moment. To this occurrence corresponds the idea of every sort of beginning (e.g. procreation) or better still, the concept of the egg.”

From here Klee writes and theorises extensively throughout “The Thinking Eye” on everything from physics, music, architecture, and especially colour, which he contemplates in terms of the cosmos. He uses the analogy of ‘the grey area” as being between black and white – chaos and order, birth and death – and one can start to recognise the parallels of Buddhist thought, which speaks of the ambiguity of existence and the search for balance and harmony within the apparent chaos of the universe.

And it is with this almost alchemical approach to creative expression that Klee brings in the forces of nature and the cosmos into his art. Throughout his work there is continuous movement and countermovement of opposing forces, be it the extremes of dark and light colour, heavy to light tones, or balancing varying shapes in pictorial space. At the heart of this, Klee is searching for the same unity found within nature.

“A living balanced nature; the rhythm of day and night. Their order and interpenetration are of a natural kind.”

And throughout his notes, this quest for manifesting his will through the ways of the cosmos is evident:

“In the universe, movement is the essential given, the bases of all becoming.”

“…I begin logically with chaos, that is the most natural,…because at the start I may myself be chaos. Chaos is an unordered state of things, a confusion. ‘Cosmogenetically’ speaking, it is a mythical primordial state of the world, from which the ordered cosmos develops, step by step”

Throughout all the complexity and insatiable quest for creative discovery, what is most remarkable about Klee’s work is his ability to reduce such lofty theorising into work which appears almost childlike in expression.

While we may be mystified in interpreting some of his paintings, it can not be easily said that they leave us cold. The work bursts with enthusiasm for the simple joys of expression but there is also a sentiment felt of the artist’s will to ceaselessly manifest what is within with honesty and spirit. And this is perhaps Klee’s most important lesson for us, that of the expression of true authenticity.

“Intention is not to reflect the surface – as would a photographic plate – but to inwardness.”

“Our dreams are only valid if they are good and just, both for ourselves and for others, and if we can combine them with the best kinds of feelings, so that we can apply them in the most appropriate way. An idea on its own, without feeling and without an ensuing action, is doomed to die.”

Our Location in Rathmines

New Acropolis is a non-profit organisation for the purpose of advancement of education, sustained entirely by donations, fundraising and membership contributions. All activities are driven by voluntary action. It offers a classical approach to philosophy. New Acropolis Ireland is a registered charity (CHY12218).

Our Location in Bray