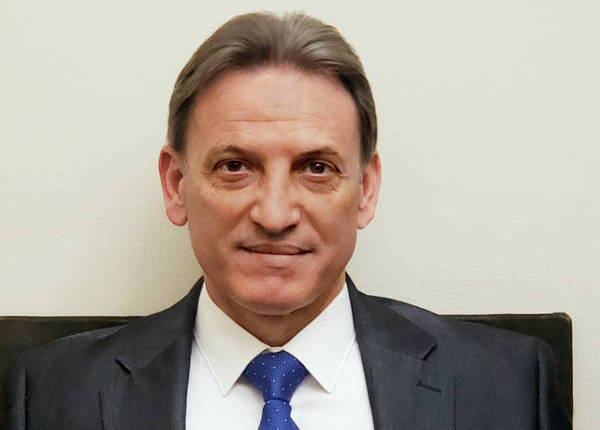 Carlos Adelantado was born in Castellón (Spain) on January 1, 1964.

At the age of 19, while studying philosophy at university, he began attending classes at the New Acropolis School of Philosophy in Castellón and supporting its many activities.

He was later appointed director of the school where, over a period of 23 years, he developed a number of cultural and social volunteering projects under the umbrella of the Castalia Cultural Centre. He was also coordinator of the various New Acropolis centres in the Levante area of Spain. At the same time, he continued to study and teach philosophy and was awarded the degree of “Specialist in Eastern and Western Philosophy” by the International Organization New Acropolis based in Brussels.

He has been teaching different subjects in the curriculum of the New Acropolis School of Philosophy for more than 30 years, as well as giving lectures and participating in academic conferences. His approach has always emphasized the need to put philosophy into practice and apply it in addressing the problems of today’s world.

In 2013 he moved to Madrid to take over the management of the head office of New Acropolis in Spain and carry out a number of management responsibilities at a national level. In Madrid, he has promoted activities to make the rich historical and artistic heritage of the city known to a wider public, along with other projects for the promotion of culture. 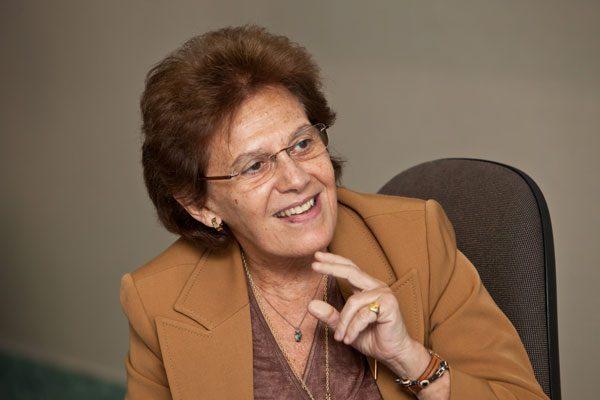 Delia Steinberg Guzmán was born in Buenos Aires (Argentina) in 1943. In 1972 she moved to Spain and in 1975 was granted Spanish nationality.

She studied music from an early age and, at the age of 17, graduated from the National Conservatory of Music in Buenos Aires as a Teacher of Piano and Composition. For several years she continued to perfect her technique under the Argentinean concert pianist Flora Nudelman and later under the Russian master Hubert Brandenburg.

She also obtained a degree in Philosophy from the University of Buenos Aires. Her interest in culture and education as a means of personal development led her to continue her studies in other disciplines. She has taken specialist courses in archaeology, history, history of music, bioenergetic medicine and other natural therapies.

At the age of 10, she performed her first public concert and since then has often been selected to perform at piano events organized by different organizations, such as Asociación Cristiana de Jóvenes, Jóvenes Concertistas Argentinos, Ateneo de Cultura Artística, Nuevos Valores Musicales, Asociación Harmonicus, Department of Culture of the Ministry of Education of the Argentine Republic, Promociones Musicales and others, both public and private.

She has given numerous concerts at different venues, as well as on radio and television, both in Argentina and in other American countries, obtaining excellent reviews in the press.

On the occasion of the 30th Anniversary of the death of Maurice Ravel and together with other artists and journalists, she participated in the tribute to the late composer organized by the Argentinean Institute of Engineers on 7 July 1967.

In 1988, in order to promote musical studies on an international scale, she founded the Tristan Music Institute, where she gives piano classes. Currently, the Tristan Institute operates in Spain, Brazil, France, Israel and Germany, with an emphasis on teaching activities.

Since that time she has also been running music appreciation courses in Spain, including courses dedicated to the works of Bach, Mozart, Wagner, Chopin and Schumann.

In 1982, in order to promote new values in music, she instituted the International Piano Competition which now bears her name, forming part of the jury and promoting the artistic careers of young music professionals.

The Delia Steinberg International Piano Competition is held annually in Madrid (Spain) and attracts young pianists from all over the world.

In 1966 she began to study the complete syllabus of the School of Philosophy of the International Organization New Acropolis under the guidance of its founder, Professor Jorge Angel Livraga.

She subsequently joined the teaching staff of the Institution, giving classes on History of Philosophy, Moral Philosophy, History of Religions, Eastern Philosophy, Psychology, Metaphysical Aesthetics, Oratory and all the other topics which are covered in the New Acropolis Program of Studies.

She has also produced teacher training manuals for the above-mentioned subjects. Her work as a teacher has also expanded to include giving training courses for other teachers and educators within New Acropolis.

She has delivered courses, lectures and seminars in different countries across Europe, America and Asia on topics such as “Common Features in Ancient Civilizations”, “Pain and its Causes”, “Esoteric Traditions about the Origins of Man and the Universe”, “The Keys to Astrology”, “Philosophy for Living”, “The Anguish of Youth”, “Astrology and Psychology “, “Egypt: Thought, Life and Religion”, “The Initiatic Way of Santiago”, “The Legacy of the Templars”, “The Metaphysical Beauty of Woman”, “Tradition and Time”, “Music Therapy”, “Colour Therapy”, and many more.

In 1977 she founded and promoted a Short Story Competition in Spain which has now been through 25 editions, and has formed part of the panel of judges alongside important figures in the genre of literary narrative.

From 1972 to 1991 she was the director of this Institution in Spain, during which time the cultural activity of New Acropolis spread to more than thirty cities around the country. Throughout this time she promoted teaching and research activities in several areas:

All of these initiatives have had far-reaching repercussions, both nationally and internationally. From 1975 to 1991, she was also the coordinator of the activities of New Acropolis in Europe.

In 1991, after the death of the founder, Professor Jorge Angel Livraga, she was elected International President of New Acropolis. In this capacity she has been responsible for managing and coordinating the cultural and educational work of this International Association in all the countries in which it is established.

She has published many articles in magazines and newspapers on topics related to philosophy, music, history and culture in general.

In 1972 she founded and continues to direct the Spanish magazine “Cuadernos de Cultura” (Cultural Notebooks) in which she wrote many articles and serials on a theme, such as “Between Ourselves”, “At the End of the Day “, “A Story to Tell”, and “Let’s Ask Ourselves…” – dedicated to promoting the practical application of philosophy in daily life.

Since 2000, she also has also been editor of the cultural magazine “Sphinx”, which is published throughout Spain and in various countries in Latin America.

She has written more than thirty books and handbooks about Practical Philosophy, Psychology, Ancient Civilizations, Astrology, etc., including the following:

All of them are published in Spanish and many of them have been translated into other languages such as French, English, German, Turkish, Russian, Czech, Romanian, Portuguese, Greek, etc.

Since 1995 she has directed the publication of a Yearbook with a summary of activities carried out by New Acropolis in the forty-eight countries where it is present.

The Yearbook reflects the Organization’s direct action and participation in society, in the fields of culture, ecology, music, medicine, martial arts and social issues, with the spirit of unity and diversity that characterizes it and which she has worked to promote and bring into reality for more than forty years.

The Yearbook of Activities is published in Spanish and English and is distributed globally to both individuals and institutions.

In recognition for her work as Director of New Acropolis, she was awarded the Silver Medal for Arts, Science and Literature in 1980 by the Academic Society for Education and Encouragement, accredited by the Académie Française.